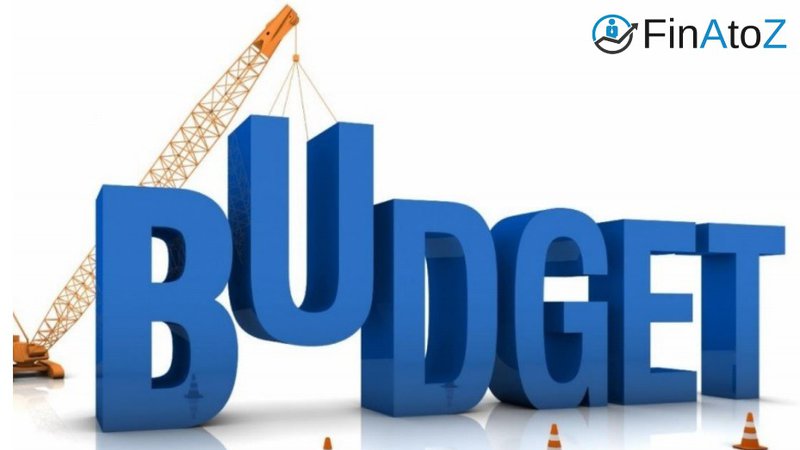 The Budget of 2021 highlights India’s bold, resilient, and self -reliant approach in its fight against COVID. The Budget will propel India towards the path of a double digit economic recovery in the coming year. This will be a major relief after witnessing one of the worst economic contractions witnessed in 2020.

Despite operating at a fiscal deficit pegged at 9.5% of the GDP in the current year, the government has opted to pursue an aggressive pro-growth policy for the coming year. This is done via increased expenditure in key sectors and enacting key reforms in legislation aimed at boosting investments.

With the announcement of the COVID vaccine in the 3rd quarter, coinciding with the festive season of Diwali and Christmas, India witnessed a surge in consumption resulting from pent-up demand. Given that, consumption drives nearly 60% of the Indian economy, the Budget of 2021 seeks to continue driving up consumption through its pro-growth proposals.

Having laid the foundation on 6 pillars, Budget 2021 has had a notable impact on the following sectors:

The government allocated Rs 1.97 lakh crore worth of expenditure in 13 sectors through its Production Linked Incentive (PLI) scheme. Through expenditure, the government seeks to equip its manufacturing sector with size and scale and provide employment opportunities for the youth.

In the ongoing fight against COVID, India has led the way through its vaccination drive. India plans to vaccinate not only its citizens but also provide vaccines (Covishield and Covaxin) to 100+ countries around the world. This is a great opportunity for India to claim world leader in Pharmaceutical manufacturing.  With an announcement of 82% increase in healthcare funds in the Budget, India seems poised to grab this opportunity with both hands.

At present, the penetration of the insurance sector in India is only at 3.6% of its GDP, being lower than the global average of 7.13%. To increase penetration, the government has proposed to amend the Insurance Act of 1938. Amendments to the Insurance Act of 1938 would enable the government to increase FDI limit in the insurance sector from 49% to 74%, allowing for foreign ownership and control with appropriate safeguards in place.

The government proposed its divestment strategy for FY-2021-22 targeted at Rs 1.75 lakh crore from the sale of two PSU banks, one general insurance firm and other notable CPSEs.

The recapitalisation of PSU banks worth Rs 20,000 crore has been allocated to ensure banks can consolidate their financial capacity in generating adequate liquidity and capital to support economic/financial activity.

Announcement of "Bad Bank" under Asset Reconstruction Company is a major positive for the ailing banking sector. It will provide a much needed boost for them to clean their books and participate in lending to the growing economy.

While there has been no major tax cuts announced in this Budget, markets breathed a sigh of relief since there was no proposal of additional Covid cess. From a directional point of view the Government is set to strengthen systems for further tax compliance. However, at the same time, they also look serious to reduce tax related harassments. Announcements of faceless tax audit and tax review allowed only for a max. of three years were the major positives.

Other key highlights related to Tax laws are provided below:

-     Compliance burdens aged for senior citizens aged 75 and above will be reduced.

-     Senior Citizens will no longer be required to file income tax returns if they are earning only from pension and interest. The paying bank will deduct the necessary tax on their income.

-     By introducing a new section 89A, the government seeks to reduce the burden of double taxation for NRIs who wish to access their retirement corpus from foreign accounts.

-     The government has proposed a faceless Income Tax Appellate Tribunal (ITAT) in a bid to reduce the cost of compliance for taxpayers and to make disposal of appeals more efficient.

-     Tax forms pertaining to capital gains and interest from banks will be pre-filled allowing for simplified and improved tax compliance.

However, certain tax proposals have raised cause for concern for a certain category of investors:

-     The biggest blow from the Budget has been on individuals who were contributing more than 2.5 Lacs p.a. to their Employee Provident Fund (EPF). From next FY contributions to EPF above ₹2.5 lakh a year will be kept in a separate basket and taxed in a similar way as fixed deposits. This is a very big change and will potentially alter the Retirement plan for mass affluent investors. This may warrant a re-evaluation of Retirement planning under the guidance of your respective financial advisor. Kindly refer the following article for more details: How will interest on PF contributions above Rs 2.5 lakh be taxed.

-    The announcement of Capital Gains Tax on premiums exceeding Rs 2.5 lakhs in ULIPs is ensured to make it taxable on par with equity linked Mutual fund schemes.

Through a series of proposals, Budget 2021 has showcased its agenda for growth, recovery, and fiscal consolidation.

The government’s promise to reduce its fiscal deficit below 4.5% of its GDP by 2025-2026 without tax hikes was well received by equity markets. By actively supporting sectors linked to the business cycle such as Banks, Manufacturing, Capital Goods etc, the Government hopes that fiscal consolidation can be achieved by higher tax collection due to the high growth in economy. Strong sectoral performances will lead to rising buoyancy of tax revenues, improved compliance and increased receipts from the monetisation of assets. Thus fiscal consolidation targets in the medium term can be achieved. Moreover, not allowing tax rate hikes, ensures higher disposable income in the hands of consumers and corporations alike to boost spending, and attract foreign investments.  These underlying themes have espoused confidence in equity investors for the short/medium term.

However, the reaction of investors in the fixed income market was mixed. With fiscal deficit pegged at 6.8% and financed by borrowing Rs 12 lakh crore, the bond market reacted a bit negatively. Furthermore, there are concerns that whilst an increased fiscal stimulus may lead to growth, the risk of rising inflation may lead to higher volatility in interest rates.

On the positive side the government has taken steps to introduce the creation of a permanent institutional framework. The institutional framework will be responsible for instilling confidence in the corporate bond market through  purchasing  investment grade debt securities during both stressed and normal times.

While it can be said that policies proposed in the Budget have aimed to instill confidence in investors in the medium term, it is yet to be seen whether the proposals in Budget 2021 will have sustained impact in the long term.

Overall, our take at FinAtoZ is that Budget 2021 provides a much needed balm to the Covid hit economy and is a stepping stone to establish India as a global economic superpower in the long run.

Ways to earn tax-efficient income from your retirement corpus

While most of us are comfortable saving a small amount on a monthly basis, but generally we find it ...

How to reduce the impact of Long Term Captial Gains Tax?

In personal finance, one of the biggest announcements in the Union Budget 2018-19 was the reintroduction of Long-term Capital ...