The domestic stock indices Sensex & Nifty hit the lifetime high. Sensex reached 37500 level for the first time and NSE Nifty reached a peak of 11300 level. The increased corporate earnings resulted in positive investor sentiments. Also, the rising dollar rates increases the revenues of sectors such as IT and Pharma. This, in turn, results in a chain reaction of growth and positive sentiment in the market. Though the indices hit record highs, it is not reflective of the overall market performance. Unlike the previous rally in Jan 2018, all the investors didn’t make money from this rally.

The macro-economic factors are not looking very positive. Rupee has depreciated its value, inflation is increasing and current account deficit is widening. The fall in the rupee and increase in inflation are primarly due to the volatility of global crude oil prices and the trade war between the US and China.

Despite all these negative factors which affect the market adversely, we had some positive factors as well last month.

PMI India rose to a six month high of 53.1 in June 2018 from 51.2 in the preceding month, beating market consensus of 51.4. Both output and new orders increased at the fastest pace so far this year. 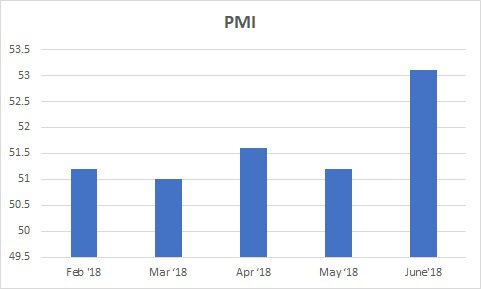 Inflation in India has further increased to 5% in June from 4.87% in the previous month and below the market expectations of 5.3%. It is the highest rate since January. 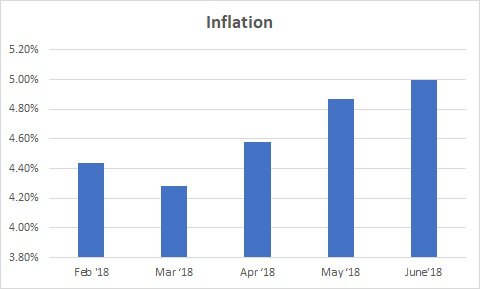 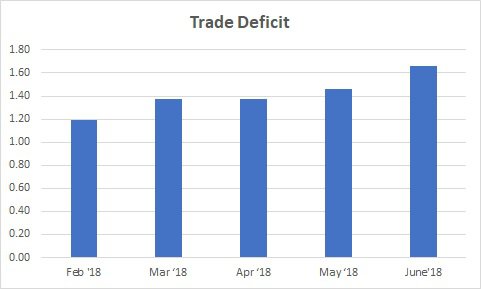 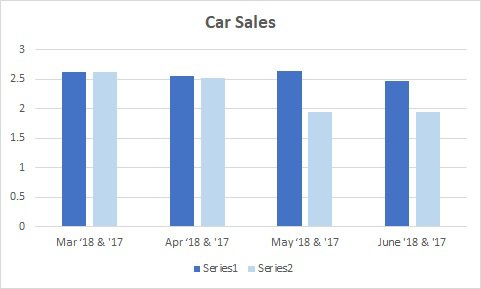 Overall the trend for corporate earnings looks to be upward from last few quarters. It is the highest since Q2 16-17 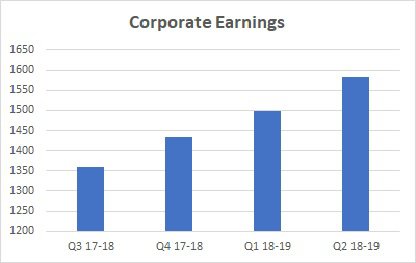