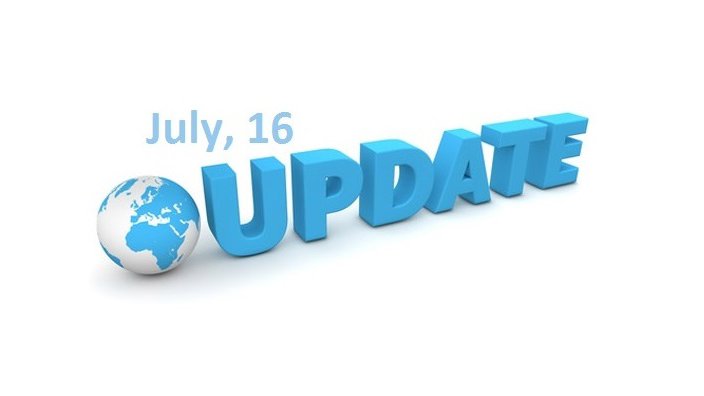 Finally GST, the most awaited tax reform gets the thumps-up from Rajya Sabha & Lok Sabha, paving the way in transforming India into a single integrated market. The aim is to have one indirect tax for the whole nation, which will make India a unified common market. It is expected to simplify taxes, reduce procedural hurdles, increase tax base, reduce tax avoidance, and bring down costs. It is the change India needs today to see a better tomorrow. It is expected to add 1-2% to the country’s GDP.

However, the story of GST is not yet full. It still has a long way to go and a lot more hard work remains to be done. Many economists were skeptical about the implementation from April 2017. The rate at which the tax is to be levied has still not been decided and it is a critical task to go. The near term impact may not be much and will also depend on the rate of GST. But markets have already overrun the course on expectations surrounding GST. However, it takes a couple of years to tickle down the benefits of it.

Further, Earnings shows some signs of improvement. There are more beats than misses in the June-quarter earnings of large Indian companies declared so far. The salary hike of government employees and impact of better monsoon would reflect a rise in rural demand and soon we can start seeing upgrades post-harvest.

Also IMD has announced that July’s rainfall was 7 percent above the long-term average. This is in keeping with pre-monsoon predictions of an above-average season, and will be welcomed by the county’s agriculture industry, which employs half of the country’s workforce.

A word of Caution: Though macros look good, valuation of Equity markets has become expensive at the moment. As a result, we have started decreasing exposure to equity as far as fresh money is concerned.

Inflation in India went up 5.77% y-o-y in June of 2016 reaching the highest since August of 2014. Numbers have crossed the market expectations of 5.73% driven by food cost.

Economic indicators show a mixed bag at the moment. Some clear positives but some negatives as well! 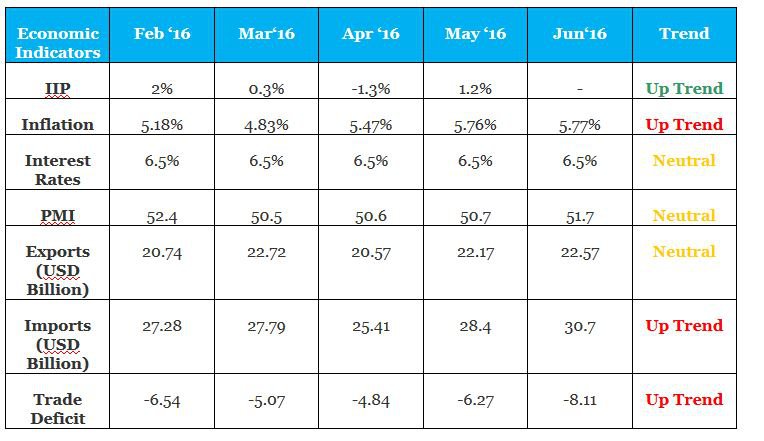 The markets are overvalued right now as the current P/E is higher than the historical average P/E values.

From here on earnings are likely to increase, because of the forecasts of the above normal monsoon conditions to prevail in India. This will help restore agricultural productivity, enhance rural demand and boost macroeconomic prospects.

Most of the asset classes remained volatile in the month of July :

1. Bonds – Bond yield moved down by 3.3 basis points which resulted in a slight positive performance of G-Sec funds in the month.

3. Equity – Sensex gained by 3.3% in the month of July. The impact of GST was completely absorbed by the stock markets.

This is a high outperformance as compared to Sensex. We were able to save most of your portfolio downside during last one year thus enabling a positive investment experience for you.

CHANGES MADE TO YOUR PORTFOLIO LAST MONTH

1. We completely exited any exposure to Mid Cap & Small Cap Funds from your portfolio.
2. Consequently, for customers who are with us for more than 6 months, we have decreased their equity exposure to 50% from the earlier level of 85%.
3. SIP Investment – As mentioned earlier, Equity valuation is expensive and is placed in the Red Zone as per the FTM. Hence, we have reduced the exposure of equity from 100% to 40% in your monthly SIPs starting August. Remaining 60% will be started in a combination of Debt and Gold. 40% of your monthly SIP money goes to liquid/ debt funds and the rest 20% into gold.
4. Lump sum Investment – We have moved 10% of the new money into Gold and the rest 90% is invested in Debt funds.